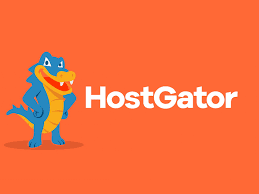 How is HostGator? [1] Web presence is essential to all businesses. To establish a web presence, you'll need a website, and for it to go and stay online it needs a reliable web hosting service. So what is reliable? Does "paid hosting" means better, more reliable service? Not necessarily true. A lot of times, free web hosting and paid hosting offers the same security, network bandwidth and port speed. The only difference is the hosting features included. These features include additional disk storage, data transfer, more scripting support, more email accounts, etc. For a business opening a new website, or for any regular website, the disk storage and data transfer offered by a free web hosting service would be sufficient. It takes time to grow a website and accumulate enough visitors to max out the storage and/or data transfer limits of a free web hosting package. You can always upgrade your service from the free web hosting to paid hosting when the time co
Post a Comment
Read more 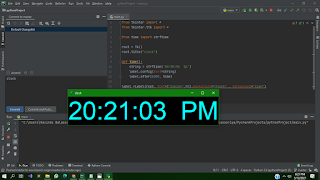 Python is a general purpose and widely used high level programming language. It was created in 1991 by Guido van Rossum and developed by the Python Software Foundation. It is designed to emphasize the ability to read code and the sentence allows programmers to express their concepts in short lines. Python is a programming language that allows you to work faster and integrate systems more efficiently tkinter package  is the standard Python interface to the TK tool kit This is a simple clock made by using python and tkinter. source code : https://github.com/iamKaviB/pythonClock.git #python #tkinter #github #clock
Post a Comment
Read more 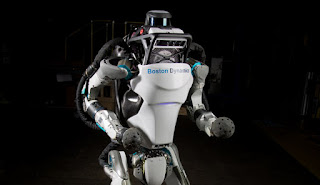 Atlas is a two-dimensional human robot primarily developed and monitored by Boston Dynamics, an American robotics company, funded and supervised by the U.S. Defense Advanced Research Projects Agency (DARPA). The robot was originally designed for a variety of search and rescue missions and was released to the public on July 11, 2013. The design and production of the Atlas was overseen by DARPA, a U.S. Department of Defense agency in collaboration with Boston Dynamics. One arm of the robot was developed by Sandia National Labs and the other by iRobot. In 2013, Gilpratt, head of the DARPA program, compared the prototype version of the Atlas to a small child, saying that just walking, a 1-year-old would most likely fall ... that's where we are now. " Atlas is based on the former Petman humanoid robot of Boston Dynamics and is illuminated by blue LEDs. With 28 degrees of freedom in its limbs, the Atlas can navigate rough terrain and climb independently using its arms and legs
Post a Comment
Read more

- January 31, 2021
For some time now, the best Dell laptops have been controlling the laptop booth. They are considered to be one of the best laptops available, with their power, unique features, and sleek design that set them apart from the competition. The MacBook Air (M1, 2020) has been ripped off from Dell's flagship as one of its best, and Dell is on the hunt for attractive laptops. The best Dell laptops are amazing considering the combination of performance and design they offer. Even if you include expensive flags like the Dell XPS 13 and 15, they will mark plenty of boxes for anyone who needs a laptop. If you've had enough of Apple's price tag or aren't a fan of their ecosystem and want similar features, these Windows laptops can't beat power and value. Whatever your needs, Dell has a computer for you. It includes machines that are budget-conscious and deliver great value and performance to processors. While looking at lightweight Chromebooks and gaming laptops with awesome p
1 comment
Read more

- January 29, 2021
Having a computer is a must in today's world. With the introduction of the Internet as a medium of communication and the convenience of email, it's easy to see why many people want a computer at home or in the office. Computers are like everything else and there are times when they don't work as expected. Unfortunately, sitting at a desk ready to play a game or work on a document only to find your computer is not cooperating. It is wise to seek professional help when repairing a computer. A computer technician is specially trained to assess the problem and provide the best possible solution. There are several types of computer repair that you may want to consider. These are usually minor fixes and can be addressed with detailed instructions and special attention. One computer repair that you can take care of yourself is replacing the computer's battery or fan. Each desktop computer has a fan. This fan is used to cool computer peripherals. It is essential that the fan i
1 comment
Read more

- January 25, 2021
HDCP, enhanced by Intel Corporation, is high bandwidth digital content protection. As the name suggests, HDCP protects the integrity of various audio and video content as they move across multiple versions of different interfaces. Data interfaces such as GVIF, DVI, and HDMI all support HDCP functionality. Is HDCP free? HDCP requires an authorized license. License may be obtained through Digital Content Protection affiliated with Intel Corporation. The license can usually be obtained by filing an application and paying an annual fee. Once the application is accepted and the user accepts the terms of the license agreement, the right to use HDCP is granted. What are the key terms used for HDCP? A major application involves the transmission of data to unauthorized subscribers. In other words, an HDCP secure video source is not allowed to transmit protected content to a subscriber whose HDCP compliance is not verified. There is also a limit on the quality of the content, ensuring that the
Post a Comment
Read more